NOTE! Of recent there has been a lot of rejections to some claims as the infringer is using a known brand as a cover. The best process if this occurs a great deal is using this form, here!

All the take down forms, regardless of language are the same process. So use the English one as a guide.

Now, the process for doing the takedown on Amazon may seem some what easy when you look at the form, but the issue lies in the person receiving the complaint and how they react to it. After all, that are only human after all. So, this is the simplest way to get success on Amazon each and every time. First you need to enter their takedown form page. You can find that here!

Once there you also need to find the products you wish you report. I assume this has been done before and you have them bookmarked or listed. Anyway, some words of warning (from experience). Some of these fraudsters use official site names for the company as well as the product. So, lets’s take the example that you find a counterfeit from Society6, which is the most common one for me. It will read something like “iPhone6 Case – pack the Trunk ~ Society6”. So firstly, how can we tell it’s not a listing from Society6. Well, Society6 has a store and official has the ‘by‘ listed as Society6. So under the product, if it says something different then it’s fake. All they have done is steal the product image, and then the product name. This is due to the popularity of Society6 for such products. So, knowing all that, this is the way to proceed in filling the forms out. As a tip, this is also the same procedure for the UK site; here, and the German site; here! The German site is now using a beta English version to make it easier for external complaints.

By far this site is the hardest of the takedown pages available to get accepted, and this approach laid out below is the best.

The first part is relatively easy, but I follow the following pattern to fill the form in. Basically you set to “Rights Owner“. This is better as you have more legal powers as the official owner of the IP, but also is true if you are the artist who designed the piece. Then select “copyright concerns – unauthorised use of copyrighted material, such as text, photos, videos, music, software”. This is the best option unless you have trademarked a logo or a piece and can verify it’s registration. This will produce other options in the second pop-down menu (seen below), and there you should select “The item for sale is an unlawful reproduction”. OK, the next bit is where I was getting a lot of returned failed applications. They were stating that I was not the responsible party (which was stupid as I was the IP owner), but as I said, I was missing something which finally clicked. So I now know what to put. What I do is place my name; let’s say John Doe, and then if the piece was stating the company was Society6 I placed that after a forward slash. So it would read like this: John Doe Designs / Society6.

Now Additional Information is where you also need to be careful. I have written a sample of what I typical write, which seems to work: “Dear Amazon, I am reporting this item as it is a counterfeit product and violates my inherent copyright and IPR rights. I have not entered under any contract with these people, agreed to allow them to sell, given any other permissions, nor do I receive any remuneration for this product. It is a cheap fake produced in China and only uses Society6 as a method to gain interest. I am a artist selling under Society6 store and can prove that no sales have been made from this connection. The link is to my official version of the product. [add link]. Please remove this product.”

The final part to this section is the ASIN number. You can find that on the product page as seen below. It will list the item and the seller. And you simply select the tick box.

Then comes the personal details. This is all straight forward, but I do repeat the same name that is listed in the ‘Name of Brand’ above, where it states ‘Company’. Also, regardless of if I sell on Amazon or not I select “no” as the first option. 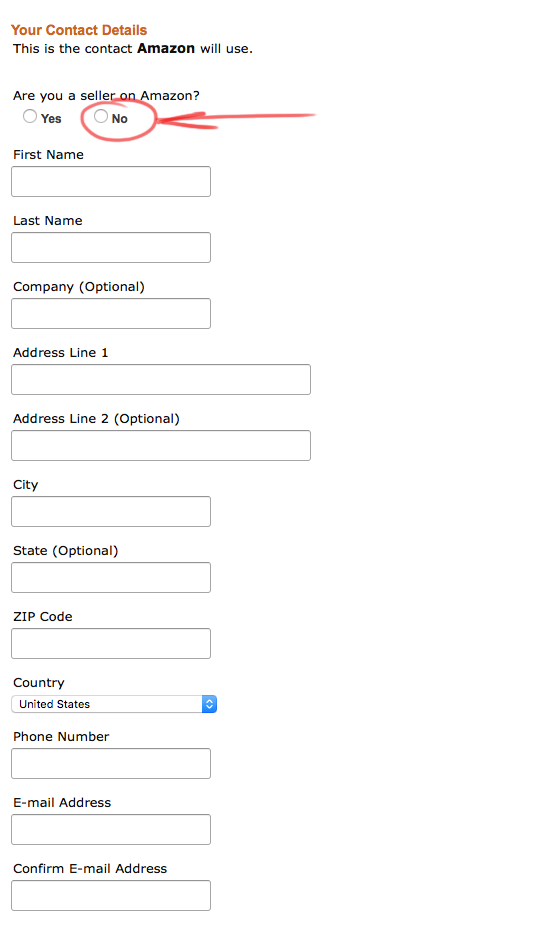 The final part is the legal aspect that has to verify that you really mean the complaint to be true.

I simply tick the top box and the bottom and the the ‘Submit’ lights up and I submit it. Some 5-10 mins after you send this form in you receive an email confirming your complaint. Now, so far. Using this method I have not had one rejected so far. You can change the ‘Additional Information’ text, but be sure to give a link and also to state the fact that you own the intellectual property rights (IPR) on the piece. That’s it! Some 3-5 days (same day if lucky) you get the email saying they have removed the pieces. You can do different item designs on the same form, but be sure to give URLs for each. Good luck!