Shopify is an online selling portal, that allows users to create their own shops and sell. Much the same way as Etsy does, but it also ties in well with Facebook and social media services. Their DMCA takedown process is a simple request for the creative to send a typical DMCA takedown notice to them via snail mail or an email. The takedown form can be found here! If you simply want to instigate an email directly, click here! 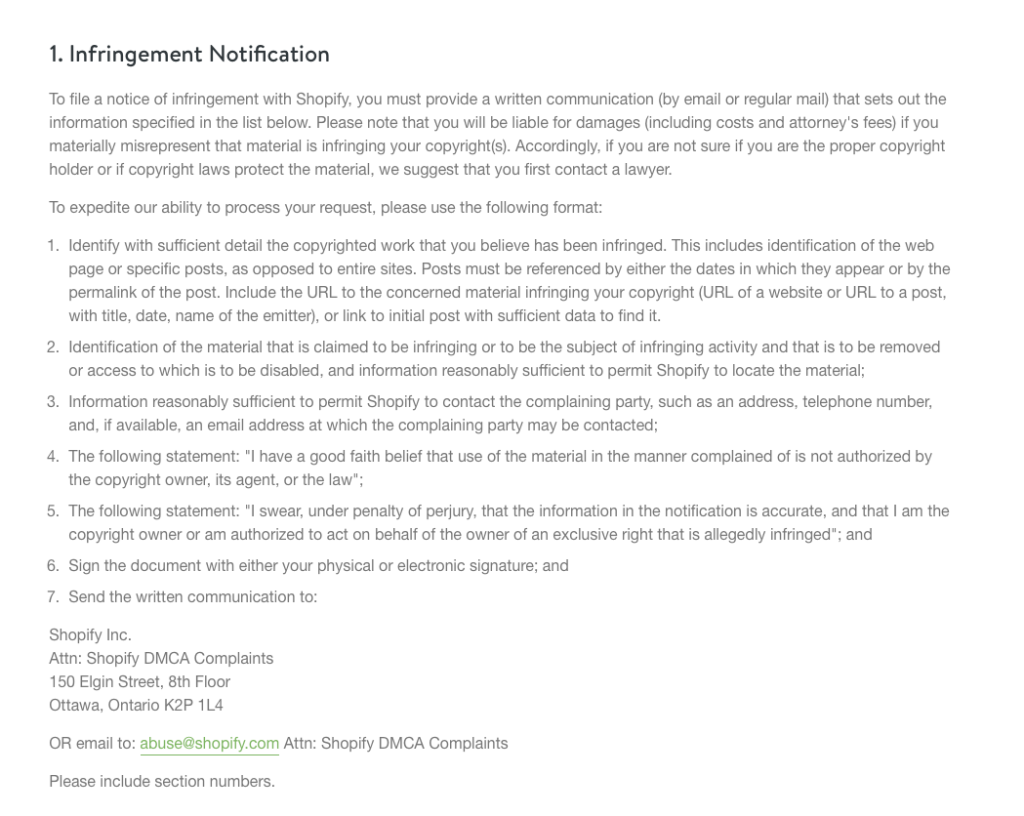