Tumblr takedown form is pretty simple. The only thing that you can put a claiming against is artworks that have been reblogged or posted that you feel infringe on your copyright. The takedown form can be found here! It is pretty straight forward, and is all in one open form. I find some of the wording a little naive in it’s grammatical usage, but apart from that they are legally bound to do something as long as the form is submitted. So, the only real thing to be careful of is on the second box on the first line. This refers to the link to your own work example, that they can use to compare. It doesn’t read like that with “Source URL of work (optional)”, but it means a link to your version of the original. Everything else is self explanatory. 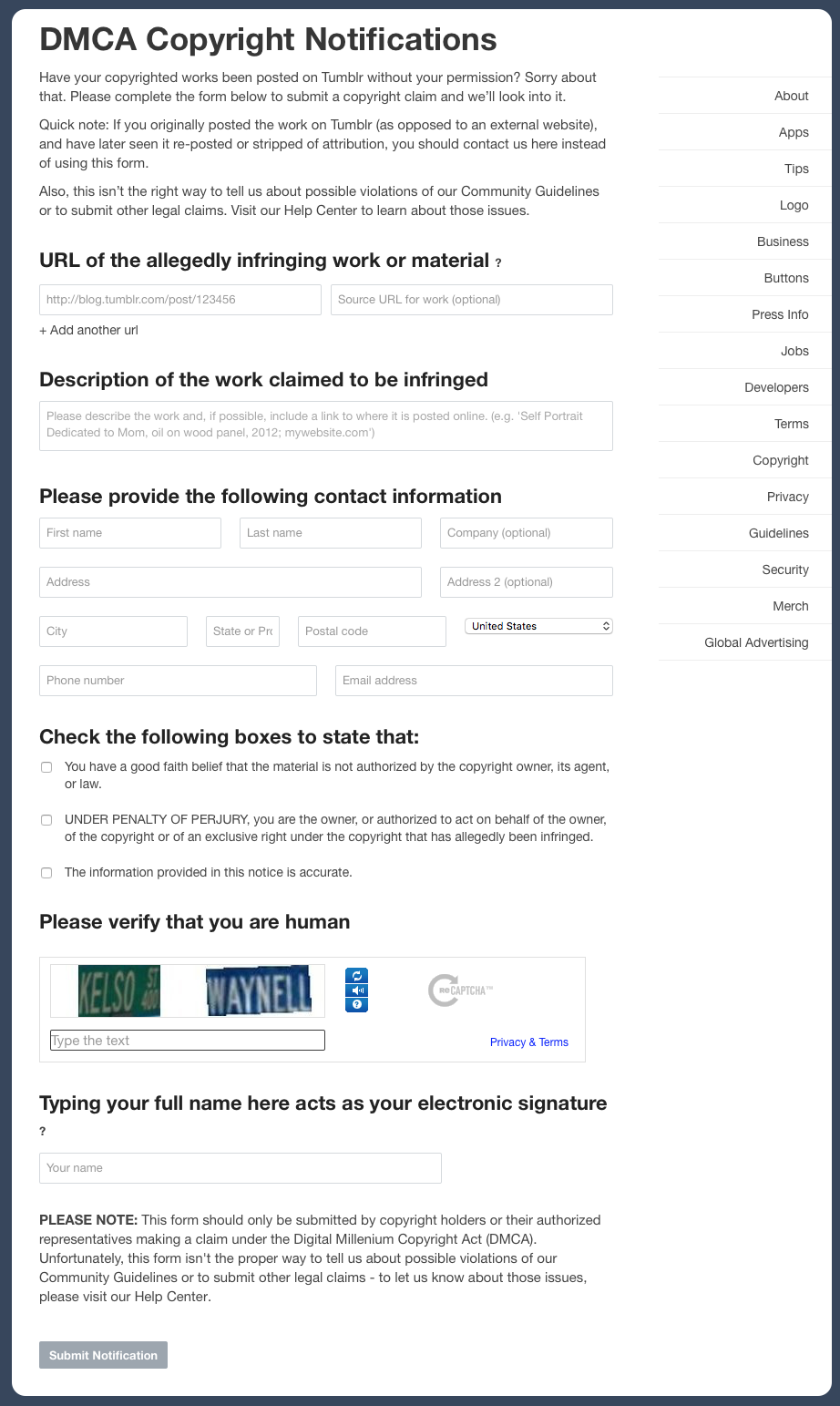