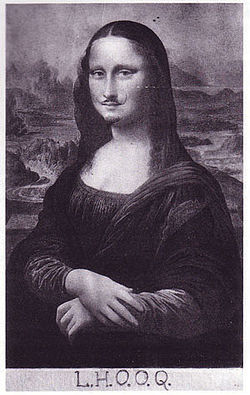 In copyright law, a derivative work is an expressive creation that includes major copyright-protected elements of an original, previously created first work (the underlying work). The derivative work becomes a second, separate work independent in form from the first. The transformation, modification or adaptation of the work must be substantial and bear its author’s personality to be original and thus protected by copyright. Translations, cinematic adaptations and musical arrangements are common types of derivative works.

Most countries’ legal systems seek to protect both original and derivative works.[1] They grant authors the right to impede or otherwise control their integrity and the author’s commercial interests. Derivative works and their authors benefit in turn from the full protection of copyright without prejudicing the rights of the original work’s author.

The Berne Convention for the Protection of Literary and Artistic Works, an international copyright treaty, stipulates that derivative works shall be protected although it does not use the term, “Translations, adaptations, arrangements of music and other alterations of a literary or artistic work shall be protected as original works without prejudice to the copyright in the original work”.[2]

An extensive definition of the term is given by the United States Copyright Act in 17 U.S.C. § 101:

A “derivative work” is a work based upon one or more preexisting works, such as a translation, musical arrangement, dramatization, fictionalization, motion picture version, sound recording, art reproduction, abridgment, condensation, or any other form in which a work may be recast, transformed, or adapted. A work consisting of editorial revisions, annotations, elaborations, or other modifications which, as a whole, represent an original work of authorship, is a “derivative work”.

A typical example of a derivative work received for registration in the Copyright Office is one that is primarily a new work but incorporates some previously published material. This previously published material makes the work a derivative work under the copyright law. To be copyrightable, a derivative work must be different enough from the original to be regarded as a “new work” or must contain a substantial amount of new material. Making minor changes or additions of little substance to a preexisting work will not qualify the work as a new version for copyright purposes. The new material must be original and copyrightable in itself. Titles, short phrases, and format, for example, are not copyrightable.

French law prefers the term “œuvre composite” (“composite work”) although the term ‘”œuvre dérivée” is sometimes used. It is defined in article L 113-2, alinea 2 of the Intellectual Property Code as “the new work in which a pre-existing work without the collaboration of its author”.[3]The Court of Cassation has interpreted this statue as requiring two distinct inputs at different points in time.[4]

The Court of Justice of the European Union in 2010 decided on a matter of derivative works in Systran v. European Commission (Case T‑19/07[5]). 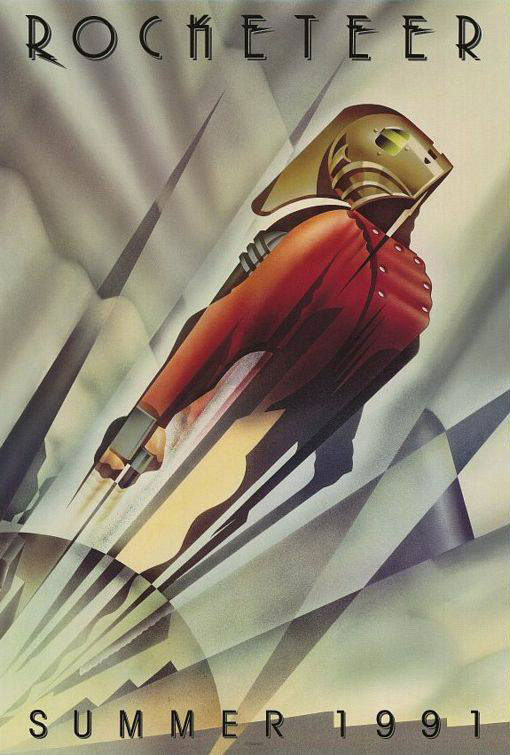 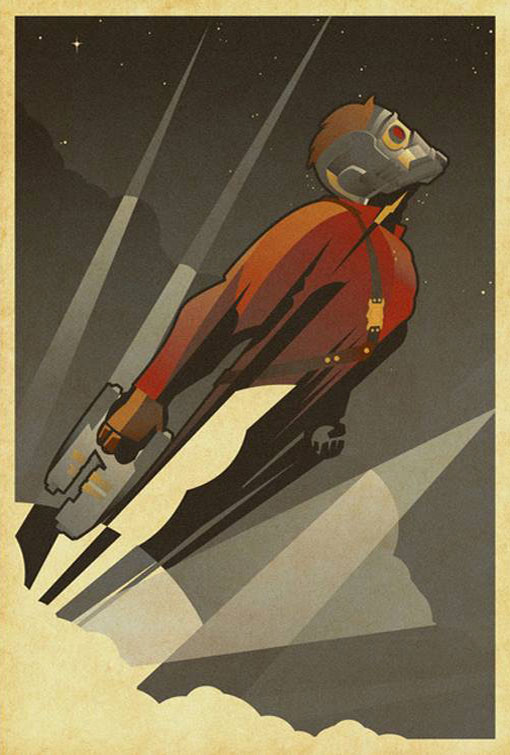 When does derivative-work copyright apply?

For copyright protection to attach to a later, allegedly derivative work, it must display some originality of its own. It cannot be a rote, uncreative variation on the earlier, underlying work. The latter work must contain sufficient new expression, over and above that embodied in the earlier work for the latter work to satisfy copyright law’s requirement of originality.

Although serious emphasis on originality, at least so designated, began with the Supreme Court’s 1991 decision in Feist v. Rural, some pre-Feist lower court decisions addressed this requirement in relation to derivative works. In Durham Industries, Inc. v. Tomy Corp.[6] and earlier in L. Batlin & Son, Inc. v. Snyder.[7] the Second Circuit held that a derivative work must be original relative to the underlying work on which it is based. Otherwise, it cannot enjoy copyright protection and copying it will not infringe any copyright of the derivative work itself (although copying it may infringe the copyright, if any, of the underlying work on which the derivative work was based).

The Batlin case rested on the copyrightability of an “Uncle Sam” toy bank, first copyrighted in 1886. These toys have Uncle Sam’s extended arm and outstretched hand adapted to receive a coin; when the user presses a lever, Uncle Sam appears to put the coin into a carpet bag. One maker of these banks, Jeffrey Snyder, had filed a copyright on such a bank in 1975, planning to import them for the American Bicentennial. Shortly thereafter, another company, L. Batlin & Sons, Inc., also began making a very similar toy bank which was based on Snyder’s version (and not, incidentally, on the 19th century original). When the latter attempted to import the toy banks, the US Customs service notified them that they appeared to be infringing on Snyder’s copyright, and would not allow the toy banks to be imported. Batlin then got an injunction against Snyder to deny the recording of his copyright and allowing them to import their banks. On appeal to the Second Circuit Court, Snyder took great pains to demonstrate how his banks varied in size and shape from the 19th century original, arguing that his banks, though similar to the older work, differed in a number of significant ways and warranted protection under a new copyright. However, his appeal was denied and the injunction against Snyder’s copyright upheld (six members of the court voted to deny, the other three filing a dissenting opinion). Much of this decision focused on the fact that nearly all of the alterations in Snyder’s version were made solely to allow the object to be more easily manufactured in plastic rather than metal, and therefore were functional, not artistic or creative.[8][9] “To extend copyrightability to minuscule variations would simply put a weapon for harassment in the hands of mischievous copiers intent on appropriating and monopolizing public domain work.” The issue was not whether or not Batlin’s bank was a copy of Snyder’s— it undoubtedly was— but whether or not Snyder could claim copyright protection, which the court decided he could not.

In the subsequent Durham case, the court applied the same principle in a suit between two different Disney toy licensees in which one licensee claimed that the other had pirated his Mickey Mouse, Donald Duck and Pluto. Durham conceded that in making these toys it used Tomy’s Disney figures as models. That was not determinative. The court said that “the only aspects of Tomy’s Disney figures entitled to copyright protection are the non-trivial, original features, if any, contributed by the author or creator of these derivative works.” But Tomy’s toys reflected “no independent creation, no distinguishable variation from preexisting works, nothing recognizably the author’s own contribution that sets Tomy’s figures apart from the prototypical Mickey, Donald, and Pluto, authored by Disney and subsequently represented by Disney or its licensees in a seemingly limitless variety of forms and media.” Because the court considered that “it is clear that the originality requirement imposed by the Constitution and the Copyright Act has particular significance in the case of derivative works based on copyrighted preexisting works,” it denied relief and dismissed the claim. Thus the law is clear that a derivative work is protectable only to the extent that it embodies original expression. Its non-original aspects are not copyright-protectable (what is loosely called “uncopyrightable”).

In any case where a copyrighted work is used without the permission of the copyright owner, copyright protection will not extend to any part of the work in which such material has been used unlawfully.[10][11]

The courts have so far addressed little attention to the issue of lawful (i.e., not unlawful) use without authorization, as in fair-use cases such as the Pretty Woman case. Recently, however, in Keeling v. Hars, [12] the Second Circuit held that, if the creator of an unauthorized work stays within the bounds of fair use and adds sufficient original content, the original contributions in such an unauthorized derivative work are protectable under the Copyright Act. In that case, the plaintiff created a parody stage adaptation of a motion picture, without authorization.

When does derivative-work liability apply?

This issue sometimes arises in the context of the defendant purchasing a copy of a picture or some other work from the copyright owner or a licensee and then reselling it in different context. For example, pictures from greeting cards might be affixed to tiles or one kind of textile product might be turned into another that can be sold at a higher price. In Lee v. A.R.T. Co., (the Annie Lee case), the defendant affixed the copyright owner’s copyright-protected note cards and small lithographs to tiles and then resold them.[13] The original art was not changed or reproduced, only bonded to ceramic and sold. The court held that this act was not original and creative enough to rise to the level of creating a derivative work, but effectively similar to any other form of display or art frame.[14]

Distribution rights differ from reproduction rights. While the first-sale doctrine entitles the copyright holder to begin the distribution chain of a copyrighted work – by selling note cards, for instance, or giving them away – it does not permit the copyright holder to control what is done with the item after it is distributed. Unless there is a separate contract between the parties, the person who owns the object has the right to give it away or resell it him or herself. In the case of Lee v. A.R.T., since bonding the cards to ceramic did not create a derivative work, A.R.T. Co. was legally within their rights to resell the cards in such a fashion.

In a House Report,[15] Congress said:

The exclusive right to prepare derivative works, specified separately in clause (2) of section 106, overlaps the exclusive right of reproduction to some extent. It is broader than that right, however, in the sense that reproduction requires fixation in copies or phonorecords, whereas the preparation of a derivative work, such as a ballet, pantomime, or improvised performance, may be an infringement even though nothing is ever fixed in tangible form.

The 9th Circuit, however, has resisted this expansive view of liability for derivative works by imposing its own quasi-fixation requirement. In Micro Star v. FormGen Inc.[16] Judge Kozinski wrote: