Vox is a politically liberal American news website run by Vox Media. Their takedown page is a simple affair. This is one of the hardest takedown processes to go through. Basically what they are asking you to do is to email them a written version of the DMCA takedown requested sending to the link in the image below. This could in fact deter a great deal of people from even trying to get their artworks removed. If you do wish to proceed with this method, then you will need to fill out a DMCA document which can be found here! Now Vox does provide an email to their DMCA request. So, for a speedier process and result use their service a takedown form can be found here! If you simply want to instigate an email directly, click here! 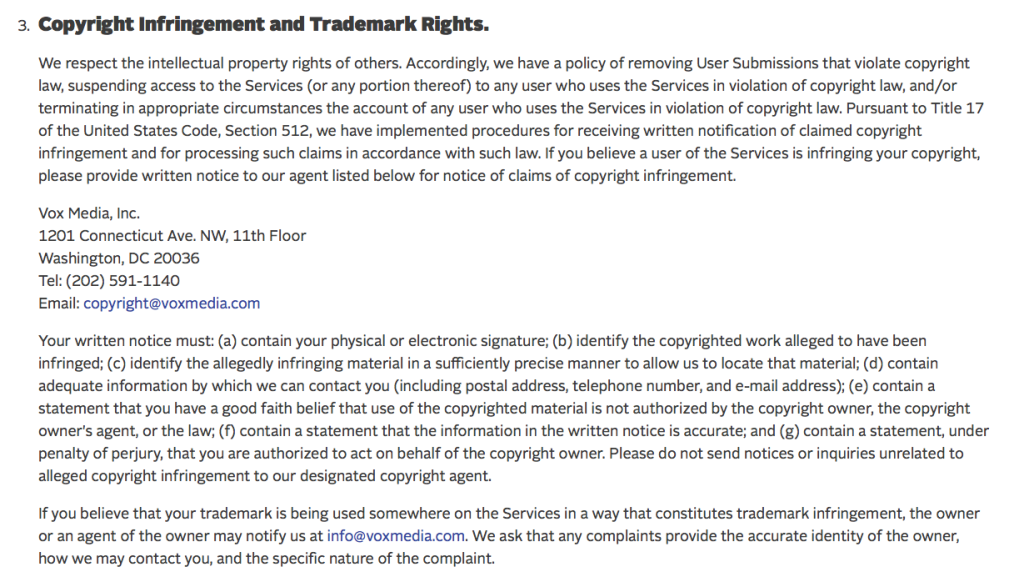