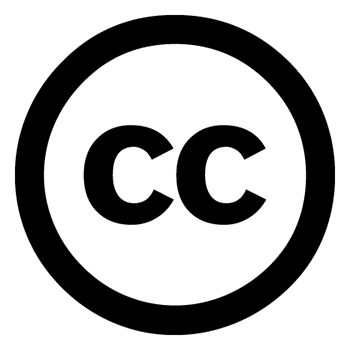 Creative Commons (CC) is a non-profit organization devoted to expanding the range of creative works available for others to build upon legally and to share.[1] The organization has released several copyright–licenses known as Creative Commons licenses free of charge to the public. These licenses allow creators to communicate which rights they reserve, and which rights they waive for the benefit of recipients or other creators. An easy-to-understand one-page explanation of rights, with associated visual symbols, explains the specifics of each Creative Commons license. Creative Commons licenses do not replace copyright, but are based upon it. They replace individual negotiations for specific rights between copyright owner (licensor) and licensee, which are necessary under an “all rights reserved” copyright management, with a “some rights reserved” management employing standardized licenses for re-use cases where no commercial compensation is sought by the copyright owner. The result is an agile, low-overhead and low-cost copyright-management regime, profiting both copyright owners and licensees. Wikipedia uses one of these licenses.[2]

The organization was founded in 2001 by Lawrence Lessig, Hal Abelson, and Eric Eldred[3] with the support of Center for the Public Domain. The first article in a general interest publication about Creative Commons, written by Hal Plotkin, was published in February 2002.[4] The first set of copyright licenses was released in December 2002.[5] The founding management team that developed the licenses and built the Creative Commons infrastructure as we know it today included Molly Shaffer Van Houweling, Glenn Otis Brown, Neeru Paharia, and Ben Adida.[6] Matthew Haughey and Aaron Swartz[7] also played a significant role in the early stages of the project. As of November 2014 there were an estimated 880 million works licensed under the various Creative Commons licenses.[8] As of March 2015, Flickr alone hosts over 306 million Creative Commons licensed photos.[9] Creative Commons is governed by a board of directors. Their licenses have been embraced by many as a way for creators to take control of how they choose to share their copyrighted works.