Flickr is owned by Yahoo! And for a site that involved professional photographers uploading and exhibiting their work in a public arena, they seem to take DMCA and copyright as a joke. They don’t even have their own DMCA take down page. Instead you are diverted to the Yahoo! page, and have to fill in the details there. So I have repeated the Yahoo! post and altered the necessary parts to recognise Flickr. The takedown form can be found here!

The only real thing to be aware of is the selection of claim. It would be assumed that the standard one for Yahoo!, like the Google site, is because you found an image in their search that is not to your liking, as it infringes on your rights. However, as this form is now being used for taking down images on Flickr and not Yahoo!, then there is a different approach (read next image). 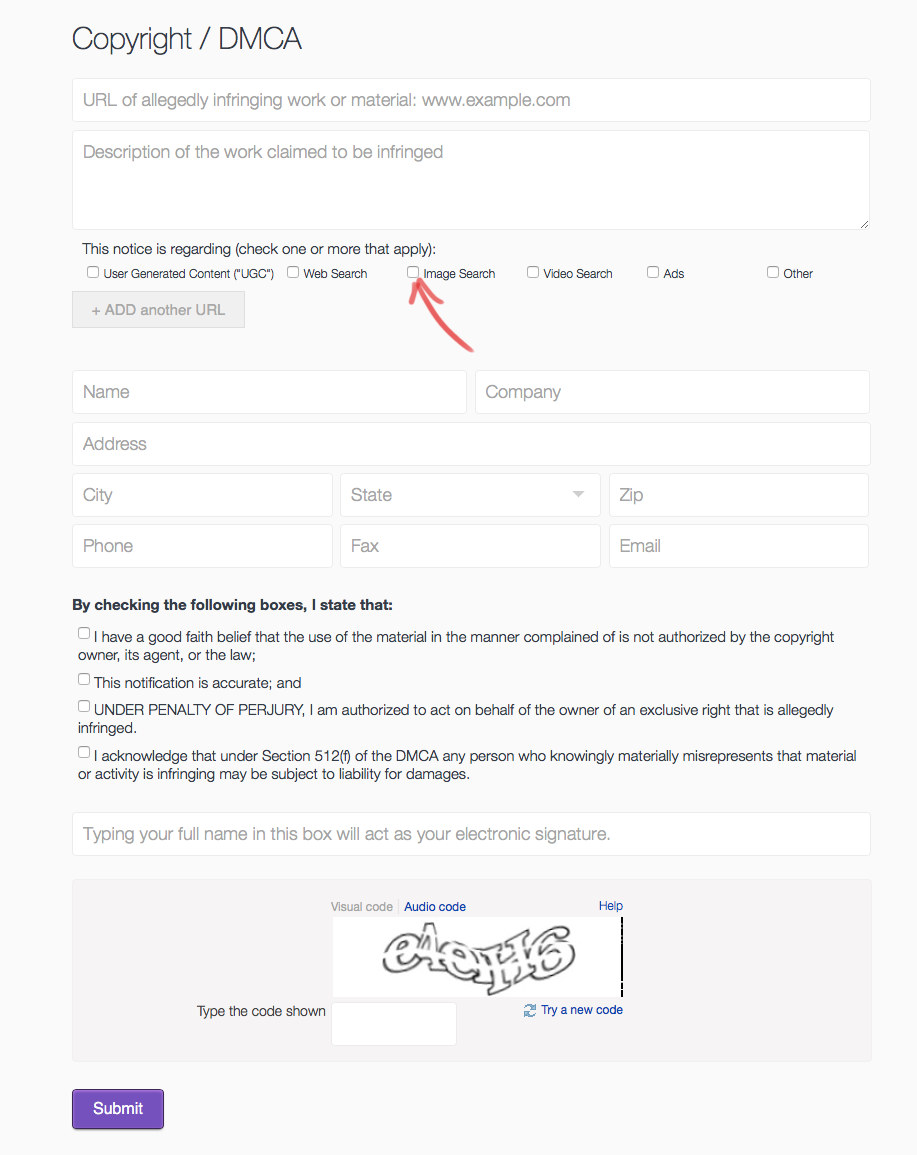 This is the only really different part of this form, next to the Yahoo! one. You should select ‘User Generated Content‘ for Flickr. Not necessarily as it’s the most appropriate, but it’s the closest fit. UGC, is basically material created by the uploader, instead of results of searches or elements actually generated by the site. So select this and also in the description of the work, mention that it’s from Flickr and that you are the original photographer, giving links to your original piece. And that’s about it. Send it off and hope for the best.