The internet serves as a digital tool. Since it’s invention in the sixties under ARPAnet the values and usefulness if this tool have been unparalleled. It has opened the world to a new endeavours, information, opportunities and scope. For small time operators in certain industries, it has opened up the possibility to trade on a larger scale. It is undoubtedly a valuable ally in commercial ventures. However, the internet has a darker side.

It’s simpleness to allow a great deal of anonymity is unparalleled, and has seen a great deal of usage in the folds of cyber-crime. Even as a user of the internet there are growing fears of safety and identity fraud, credit card attacks and other such misuse. The sad part for simple individuals is the big companies policies to dealing with such matters. I should know, I have been through a spat of email discussions with such support bodies. Their policy is to protect their users. That is fair enough, but even for the ones that have violated the laws that govern internet usage, they are still protected by these terms of service. So, it is very hard for individuals to find out image theft criminals. This is because they use fake names, hide under fake profile images (if any), and the methods by which reporting them when caught results in long time consuming processes that frustrate the individual.

One example I have recently come across, and am very vigilant about is the community of portfolio sites. I use these to show my works off, and hope that it draws work. Saying that, many of the sites that allow the display of works have little care in helping artists protect their work. It’s like (as with much of the internet) seen as a free store of ideas and images. One example I have had recently, was from Behance. Behance has recently been bought out by mega-giant Adobe. As a big company they don’t need to worry about the issues in security. They have big teams of web savvy guys protecting their data. However, for the people who upload images then that level of security and security follow up is lacking. And it simple to do something about it.

Only today I have found that I have gained a new follower (surprisingly many from China do this), that has no details to allow any kind of follow up in disputes. 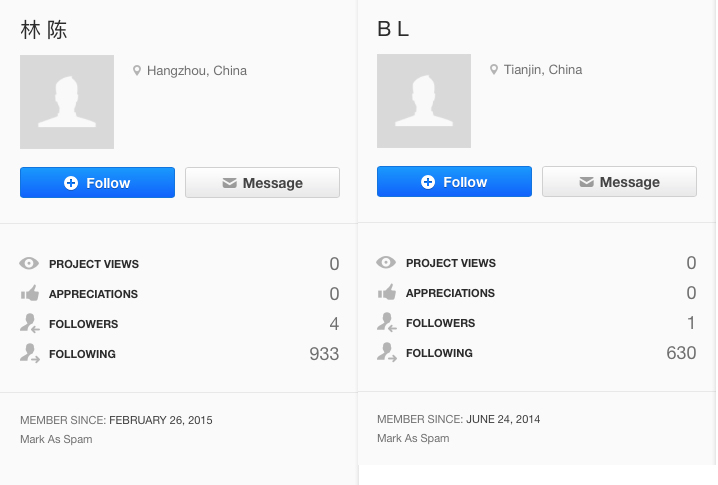 Behance‘s stance on this, I know as they have said in several emails, is “Behance is an open community, and would like to keep this policy to encourage sharing and interaction of creatives.” Again, not a big problem if all the folks using the site are law-abiding creatives who look for talent, post for job seeking, etc. But there is an element that stalks the internet looking for opportunities to steal. Above are two examples that don’t sit well with me. The reason being, is that they have both from China (noted for it’s counterfeiting rings), and both have been members for over a year, without even an attempt to fill in any details. All they have is a blank profile image, and a place name. You will also see that they follow many people. Neither of which, and I can tell you on my account, I have over 50 exactly the same; All from China. They don’t upload anything, they don’t work on anything, comment or appreciate anything. But simply collect images in collections. If I was to be sceptical, which I am, I would say they are looking for stuff to reap from.

Behance and other portfolio sites could incorporate simple measures to ensure a little better trust and security in these matters. Like some sites I have joined, they can do verification checks. You upload a scan of your ID, you require using your proper name and location, and have a ID photo of yourself and not blank or some favoured avatar. Social media connections could also help in some respects, but above all, why not have a IP verification on the place name? All this has been knocked in my communications as a violation of the users liberty. Once agin it is just a stab in the back for the creatives who have to spend their own time chasing thieves, not knowing from which venue they take from, and feel depressed to the idea that the double edge sword of the internet is sharper on the wrong edge.

Myself have been question and told that watermarks are not very good for the way people see your work, but at the end of the day, it’s a simple step to making myself feel more comfortable about how my images are used and shown on the internet. Unless the methods of recognising images and security of images change on the internet there is always going to be the morally corrupt free-loaders that see opportunity in anything even if there is a big copyright sign staring them in the face. 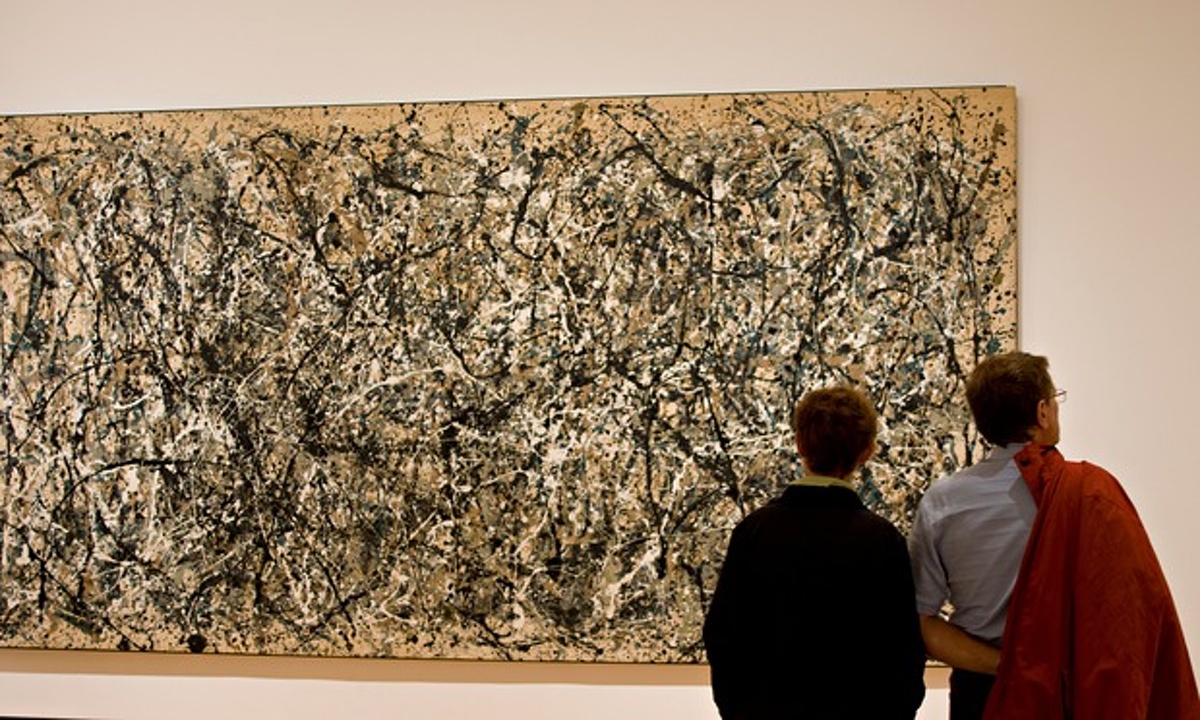